Plastic is everywhere. It’s in our oceans, our homes, in the food we eat. And all of this plastic has a detrimental impact on our natural resources. In 2008 alone, 34 million tonnes of plastic was disposed of in the US, and 86% of that plastic was found in landfills, taking up green space and leeching into ground-water. Plastic is also found in our oceans and Great Lakes, with a huge impact on our fishing industries. In this section, we will explain how plastic is eating away earth’s raw materials.

Fifty percent of plastic is used once and then thrown away, and the average American throws out about 185 pounds of plastic per year. Plastic takes at least 400-1,000 years to decompose, meaning that virtually all plastic products that were ever made still exist today, in our landfills and oceans, with the exception being the plastic that’s been incinerated. In Canada, 1.5 billion dollars is spent per year on garbage disposal. And, the average North American will throw away 600 times his or her adult weight in garbage. That could equate to over ninety-thousand pounds. Out of the total garbage disposed, 80% of municipal and industrial solid waste ends up in a landfill. According to a Stewardship Ontario report, about 175,000 tons of plastic waste was landfilled instead of recycled in 2009 in Ontario.

According to Environment Canada there are over 10,000 landfill sites in Canada, with 32 located in Ontario and 12 alone in the Halton Region. One of the leading examples of a well-operated landfill is the Halton Waste Management Site which is located in Milton and is 87 football fields in length. In the Thinglink below, check out what the Waste Management Coordinator of Halton’s landfill, Nicole Levie, has to say about plastic, as well as Sheridan College’s Chemistry Club president Kiran Mascarenhas. 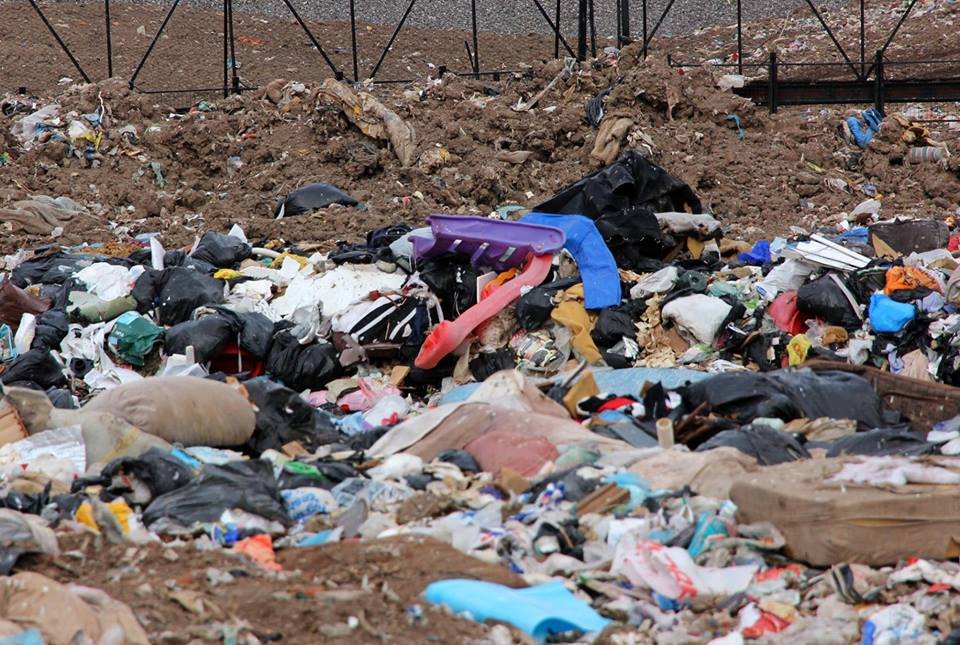 A study on the Asia-Pacific region found the cost of damage from marine debris on fishing, shipping, and marine tourism to be  $1.265 billion U.S. every year–and up to 80% of that debris is plastic. Plastic microbeads are also having a detrimental impact on our fish and fisheries. Most microbeads are approximately one millimetre in size. They are so small they are found in some toothpaste. While they are effective in cleaning your skin or shining your teeth, they are harmful to the environment. Because they’re so tiny, they go right through filters at sewage treatment plants. Take a look at the info graphic below to see how the microbeads in some commonly used products impact our environment.

Advisors to the Great Lakes Fishery Commission are concerned that fish and wildlife mistake the microbeads for food, which harms their health and is a dangerous pathway for pollutants to enter the food web. The committee recently passed a resolution to prohibit the sale of cosmetic or personal care products containing plastic microbeads. In 2015, President Barack Obama signed a bill that bans the selling and distribution of products containing microbeads in the United States. The bill is signed now, but doesn’t go into effect until 2017. The President signed the bill with the quality of the country’s waterways in mind. Environment Canada is currently conducting a review of microbeads in consumer products. The Ontario government is currently looking at Bill 75, the Microbead Elimination and Monitoring Act. The bill would prohibit the manufacture or addition of microbeads in personal products. The bill states that every year the Minister of Environment and Climate Change will ensure that tests of the Great Lakes are analyzed for the presence of microbeads. It will likely take effect in Ontario in the next two years.